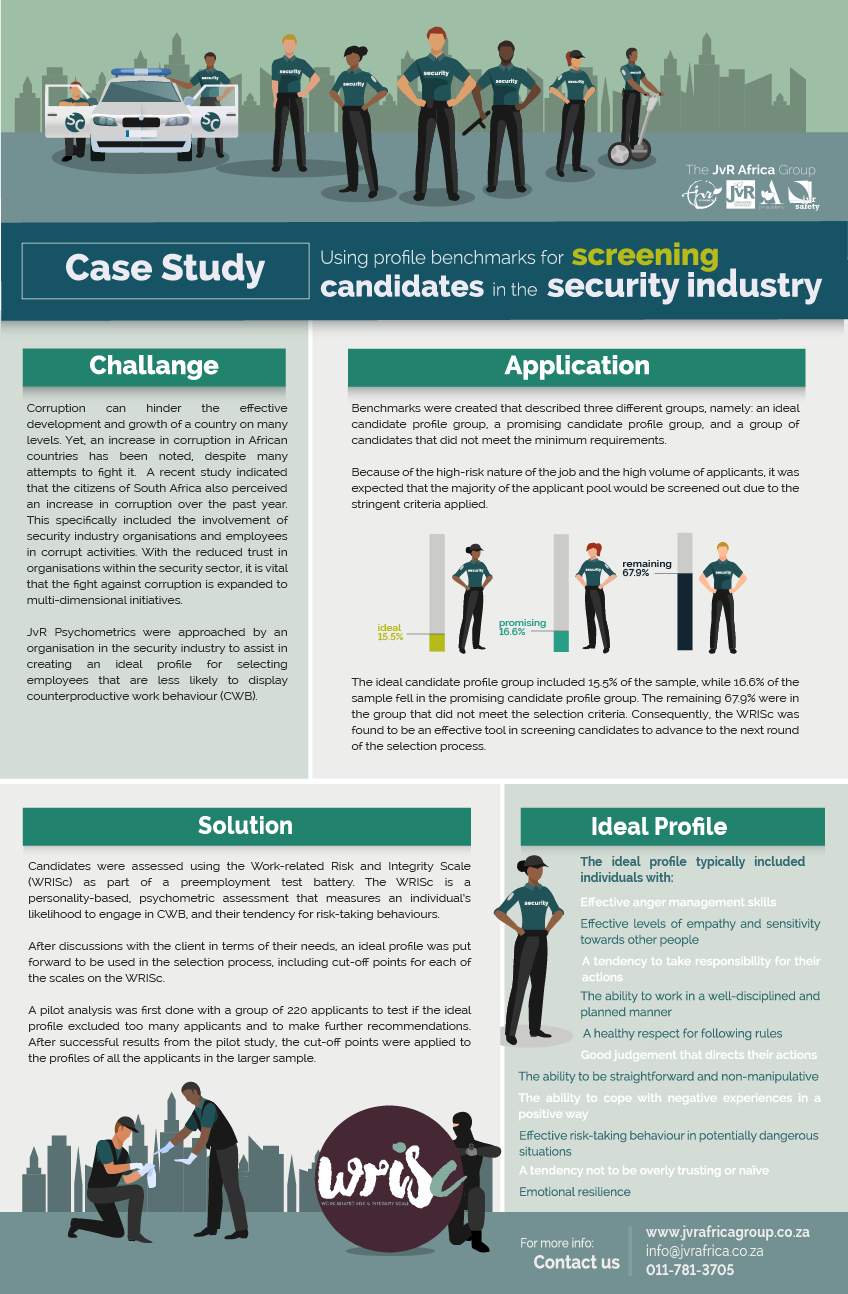 Corruption can hinder the effective development and growth of a country on many levels. Yet, an increase in corruption in African countries has been noted, despite many attempts to fight it. A recent study indicated that the citizens of South Africa also perceived an increase in corruption over the past year. This specifically included the involvement of security industry organisations and employees in corrupt activities. With the reduced trust in organisations within the security sector, it is vital that the fight against corruption is expanded to multi-dimensional initiatives. JvR Psychometrics were approached by an organisation in the security industry to assist in creating an ideal profile for selecting employees that are less likely to display counterproductive work behaviour (CWB).

Candidates were assessed using the Work-related Risk and Integrity Scale (WRISc) as part of a pre-employment test battery. The WRISc is a personality-based, psychometric assessment that measures an individual’s likelihood to engage in CWB, and their tendency for risk-taking behaviours. After discussions with the client in terms of their needs, an ideal profile was put forward to be used in the selection process, including cut-off points for each of the scales on the WRISc. A pilot analysis was first done with a group of 220 applicants to test if the ideal profile excluded too many applicants and to make further recommendations. After successful results from the pilot study, the cut-off points were applied to the profiles of all the applicants in the larger sample.